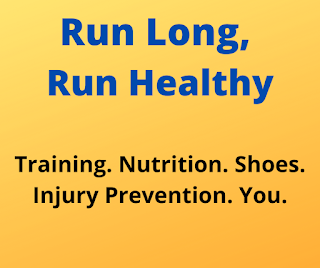 [Please forward this free email newsletter to your running and fitness friends.]

Taper smart to race brilliant
Too many runners manage to survive an 8 to 16-week training buildup, only to go off course during their taper. Which is so wasteful and depressing. There are a variety of taper-down methods. And, as always, personal exploration serves best. This article argues for the “fast-decay, exponential taper.” Translation: Drop your miles fast, then keep dropping for 10-14 days. More at PrecisionHydration.

Stretching: Good? Bad? Is the tune changing?
Stretching was once the universal path for runners, then fell out of favor when research showed it did little for injuries or performance. Now new studies are finding benefits. This one unexpectedly showed that stretching lowers blood pressure more than a walking program. The following report concluded that dynamic stretching could produce “a large increase in running performance.” More at Frontiers in Physiology.

Smartphone apps boost exercise by users
Sometimes there’s a place for gizmos. This meta analysis looked for a link between smartphone apps/trackers and exercise among 7400 app users. The study concluded: They “seem to be effective in promoting physical activity.” Go for it. Whatever works. More at Brit J of Sports Medicine.

Low FODMAP diet rated tops for endurance athletes
I was surprised that anyone even attempted this paper. Most sports nutritionists would answer something like: “The best diet is the one you like the most while it keeps you healthy and weight stable.” However, this report leans toward the low FODMAP diet (fermentable oligosaccharides, disaccharides, monosaccharides, and polyols--thanks for asking), because it can eliminate many common GI issues. (Photo-guide to low FODMAP eating.) Other diets considered by the authors: vegetarian, low carb/high-fat, intermittent fasting, and gluten-free. More at Nutrients.

Put your foam roller to good use
I’ve got four or five foam rollers scattered around my home exercise room, and still don't use them as much as I should. This simple guide provides just the right amount of motivation and instruction for the DIY tool that many believe a runner’s best friend. I plan to use it to kickstart a regular routine. More at Women’s Running.

Hydrating smart to run strong in the heat
Summer’s not here yet, but it’s always a good season to learn more about running well in the heat. Especially if you happen to be aiming for the upcoming (let's hope) Olympic Marathon. This new analysis suggests that drinking “to thirst” is fine for shortish races, but “to a plan” is smarter for marathons. Here’s an info-graphic view of the same. Judging from the following report on the super-hot 2019 Doha World Championships Marathon, most everyone in the Olympic Marathon will be pre-cooling with an ice vest. More at Brit J of Sports Medicine.

Here's how to  hit the comeback trail
One of the delightful aspects about running is that we are always making “comebacks.” First you have a plan and goal; then you hit an obstacle; then you are on the comeback trail. This is a universal factor in running, though we don’t feel much appreciation when we’re mired inside it. But consider: It’s far better to be coming back than going away. Here Roger Robinson, who has battled through his share of comebacks, offers some sound guidelines. More at Podium Runner.

Get rid of that (bad) visceral adipose fat
You probably know that visceral fat is bad stuff. It’s not necessarily “belly fat” but fat stored deeper in the abdomen around the liver, stomach, and intestines. These fat deposits release substances that increase risks for diabetes, high blood pressure, and heart disease. So you want to have as little visceral fat as possible. And the way to do that, according to this meta analysis, is with high-intensity interval training and modest aerobic training (like running). More at Nature.

Poor sleeping gets blamed for a lot these days
But you can’t finger it for everything. Here’s a new systematic review, for example, that finds no link between bad sleep and injuries in adult athletes. And here’s an article that interviews several experts in sleep for athletes, suggesting reasonable vs. over-the-top steps to take. Nonetheless, older male athletes might do well to ingest protein before bed. More at Int. J. Sports Nutrition & Exercise Metabolism.

To live long and well, move a lot. Then move some more
The NY Times covered an important research study that I linked to a month ago. But let's take another look, because it’s so astounding. The researchers got actual accelerometer “movement” data on more than 90,000 midlife adults, and then followed them to see how many died in the next 5 years. Very simply, the people who moved the most lived the most years, and in a dose-response manner. More exercise proved better than less. The results were “about double what had been found with most self-report studies.” Impressive. Keep moving. More at NY Times.

Is there no end to what green tea can do?
I think the time has finally come: I’m switching to green-tea based products for all my daily fluid consumption--hot and cold beverages both. There’s just so much research on the benefits of green tea. Here’s the latest. It involves a sub-group, survivors of heart attack and/or stroke, but the risk reduction is huge--up to 50% to 60%. Coffee works pretty well, too, but I put too much junk in my coffee. I fare better with green tea. I’m going to make it my fluids mainstay. More at Stroke.

Those Olympic triathlete are hammerin’ all three events
This paper looked at the exercise intensity of Olympic triathletes while racing the three distinct disciplines: swimming, cycling, running. And it showed that the athletes are going hard the whole time, at about 90 percent of max heart rate while swimming, and 91 percent of max while cycling and running. The best of the best pushed even higher in running--the final and often-decisive segment. More at Sports.

Complete guide to total foot health
Your feet, the foundation of every stride you take, each have 26 bones and more than 100 muscles, tendons, and ligaments. Things can go wrong, and you won’t be happy if they do. Here’s a nifty guide to 9 foot injuries--plantar fasciitis to bunions--and how to deal with them. More at Runner’s World.

Apple CEO says he’s running a health and fitness company
In this surprising interview, Apple CEO Tim Cooks says that his company won’t be best remembered for its computers or phones. Instead, he suggests that Apple is focused on fitness. He predicts, speaking about the Apple Watch, “If you zoom out to the future and then look back and ask, ‘What has Apple’s greatest contribution been?’ it will be in the health and wellness area.” It’s an intriguing idea--Apple as the new Nike. Of course, Nike isn’t going to cede the future to anyone. It should be fun to watch the digital and sneaker titans duke it out. More at Outside Online.