There are a million ways to do speed work, some of them rigorous, methodical, and perhaps not very much fun. Others strive for more playfulness. But which works the best for most runners? We don’t know the precise answer to that one, but the Advanced Runners at Reddit enjoyed debating the question, and providing their own 5 cents worth. There’s lots of support for 1000-meter repeats, the traditional 400s, threshold runs, cruise intervals, hill reps, stadium stairs, and more. My favorite? That would be the “60 minutes of fartlek” with short bursts, longer efforts, and even walk breaks. As the writer says, this workout can help you “have fun, ignite the joy of running, and stress the body in ways it won't be used to.” More at Reddit.

Scott Raczko is the only coach to have advised American record holders in the mile (Alan Webb) and the marathon (Keira D’Amato). Last week he demonstrated why. At virtually the last minute, D’Amato was informed that she had been picked to run the World Championship Marathon in Eugene as a replacement for Molly Seidel. The race date is July 18

Did she want to do it? You bet! Was she trained for a marathon? Nope. She asked Raczko what they could do to get marathon-ready in such a short period. He replied: Nothing. More precisely, according to Runner’s World, he said: “Listen, let’s stick to the plan. We don’t need to cram, you don’t need to do anything differently.” That’s smart coaching and thinking. D’Amato has been racing well at short road distances. There’s no reason to mess with success, even when facing an unexpected new race distance. Stay the course. More at Runner’s World.

Don’t sweat the tattoos. They aren’t a problem

We all know that evaporative sweating helps you stay cool in the heat, and explains why you can outrun your dog on a hot-day marathon. The poor canine overheats because s/he can’t sweat much through all that fur. You can sweat freely. But what about all those tattoos covering so many athletic bodies these days? How do they affect sweating? I had actually wondered about this a few times, and now a research team has supplied the answer. No sweat! There were “no effects of tattoos on sweat rate and potassium content of sweat during exercise-induced sweating.” In fact, “new” tattoos and colored tattoos encouraged slightly more sweating. That’s cool. More at European J of Applied Physiology.

Many runners develop knee pains or knee injuries. When you do, you probably need a certain amount of rest for tissue repair. But you also want to investigate treatments and exercise regimens that will prevent the problem from recurring. Here are 5 potential approaches, all research-based, from an experienced physical therapist. More at Physio Network.

Control your emotions to train better

Here’s a really interesting article of a kind that I don’t remember seeing before. It’s about the importance of being “non reactive” in your training and racing. Another phrase for it: “Arousal control.” Coach Gordo Byrn believes it’s a key long-term strategy to master, and I agree. In training and racing, don’t get hot under the collar and make emotional decisions. Stay cool. Stay as logical as you can. Think first, then decide. More at Triathlete.

Micronutrients that could offer improved blood flow and performance

A number of food micronutrients are reputed to increase endurance exercise performance and improve health by relaxing the arteries to allow more blood flow. Among these: nitrates, l-arginine, l-citrulline, and various polyphenols. This paper presents a systematic review and meta analysis of only Randomized Controlled Trials. Result: The micronutrients might provide “trivial benefits for endurance exercise performance,” with the highest-fit athletes least likely to see those benefits.

Also, we need more studies to determine any “ergogenic response to polyphenol consumption,” such as from “grape, (nitrate-depleted) beetroot, French maritime pine, Montmorency cherry and pomegranate.” There appear to be no significant benefit from “New Zealand black currant, cocoa, ginseng, green tea or raisins.” More at J of the Int Society of Sports Nutrition.

Here’s how to change behavior: “Flip the script”

In this excerpt from his new book, Do Hard Things, running coach Steve Magness provides one of the most startling real-life anecdotes you’ll ever read. He actually encouraged one of his college runners to throw up before a race. You’ll have to click the linked story to understand why. And then, I bet, you’ll be agreeing with Magness’s main point: “Whenever you face a challenge that causes anxiety and fear, consider flipping the script. Move from avoidance to acceptance.” In fact, you’ll probably begin wondering how you can use this tactic yourself sometime soon. More at Outside Online.

A group of Chinese and Hungarian biomechanics experts decided to test a radical shoe design. Why not? Testing radical ideas is one route to practical, real-life breakthroughs. They designed a thick, cushy, 3-layer midsole shoe with an unusually large heel to toe drop: 16 mm. Next they asked 16 female runners to give it a spin in their lab, and also to run in a “normal shoe.” (They picked women subjects because they believe women are more likely than men to get injured in running, due to lower strength, more hip issues, etc.) 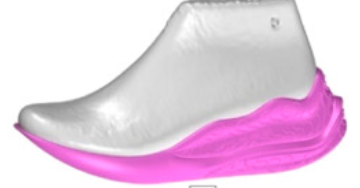 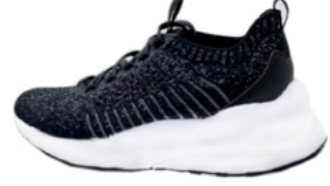 Result: The “innovative running shoes” produced lower braking force and loading rates, which could mean that they would decrease injury risks. They also appeared to boost running economy. Note: The innovative shoes were not the product of any particular shoe company, but of the lab itself. They are not currently available in the marketplace. More at Frontiers in Bioengineering & Biotechnology.

You don’t need 8 glasses of water a day, but it’s a starting point

It’s the time of year when the major newspapers, like the NY Times and USA Today, churn out their annual advice on best hydration practices during the hot summer months. Both are quite moderate and scientific this year, pointing out that 6-8 glasses of water or mainly-water beverages is a reasonable guide, but not a strict or proven requirement. And remember that you can get 20% of your daily water from foods, especially vegetables and fruits (watermelon!).

USA Today suggests staggering water consumption across the daylight hours, and concentrating particularly on meal times when water can help digestion. The NYT quotes an old friend of mine, ultramarathoner Tamara Hew-Butler, a podiatrist turned hydration and exercise hyponatremia (over-drinking) expert. She’s top-notch, and, like other experts, advises we should do fine if we simply drink when thirsty. The Times received many compliments on its striking, fluid-like photos. More at USA Today and NYT.

Burn fat, AND save money

I couldn’t resist this photo-infographic etched onto a road somewhere. We see illustrations for a bicycle and a car. (The bike could have been a pair of legs.) Anyway, the caption for the bike says: “This one runs on fat, and saves you money.” The car caption says: “This one runs on money, and makes you fat.” There’s no mention of air pollution, which would have tilted the scale even farther in favor of the bike. More at Twitter/Jeukendrup.

>>> 8 steps to a total fueling plan for optimal endurance

>>> BOTH good exercise and good sleep

“Only those who risk going too far can possibly find out how far one can go.”— T.S. Elliot

That’s it for now. Thanks for reading. Stay well, and see you next week. Amby
Newer Post Older Post Home